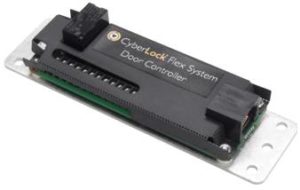 The Door Controller & I/O module provides power to and drives electric strikes (or similar devices) based on authenticated reads from an associated input device. The door controller also includes the ability to interface with relay devices, such as alarms, speakers, cameras, sensors, and request to exit, and with Wiegand-compatible input & output devices, allowing for considerable customization of a security system.

The Door Controller and I/O module adds a number of capabilities to the Flex System: 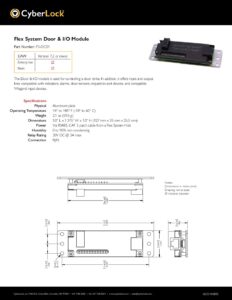